The State Convention of the Knights of Columbus Utah State Council is scheduled to be held IN PERSON in Ogden over the first weekend of May 2022.  (May 6-7-8, 2022).  District #1 is hosting.

Several awards are presented at the Utah State Convention:
What do the awards have in common?  The submission deadline is March 15th! 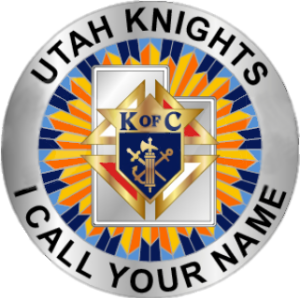 More information will be available as announcements are made.

Note: the secrecy page has a section titled “Convention Timeline (dates to watch)” which is fairly comprehensive.

The State Convention of the Knights of Columbus Utah State Council was held virtually on Saturday, May 1, 2021 via GoToWebinar.

Intermountain Catholic article with the winners. 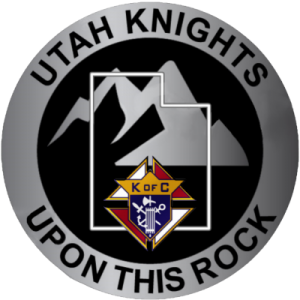 The convention links you wanted to find before the meeting:

A more complete timeline of convention deadlines is available here.

The State Convention of the Knights of Columbus Utah State Council will be held virtually on Sunday, May 3, 2020 by phone (2:00 PM – 3:30PM); finalized meeting details will be sent to registered delegates by email.  Contact State Secretary Nick with any questions.

Saturday, May 30, 2020 the Award winners were announced through a virtual meeting: 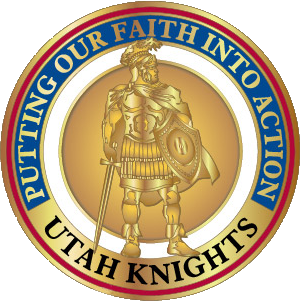 2020.03.23: State Deputy Greg Keller announces convention will be held virtually (no need for hotel rooms or meals) on Saturday, May 2.

Before the pandemic made it virtual, the host was to be District #10 councils 6010, 14399 and 16127.  Led by District Deputy Peter Abercrombie and District Warden Michael Dannenmueller.

PICTURES are HERE (because it DID happen!)

What a great weekend we all had at the 112th State Convention held at the Park City Marriott.  Friday night’s Past State Deputy’s Dinner drew more attendees than anyone could remember from recent years, and emcee IPSD Andy Airriess’ “Know Your PSD” challenge game was a ton of fun.  PSD Chuck Dover conducted a drawing from participants who contributed to the State Scholarship program.  Winners were $200 3rd prize – Greg Keller, $300 2nd prize – Mr. Alvarado (Cedar City), and $500 1st prize – Debbie and Mac McManaman.

Saturday morning started out with a Rosary, conducted by Faith Director John Valdez, and was attended by most of the delegates before the opening session.  A greeting (DVD) by our Supreme Knight Karl Anderson and State Deputy Annual Report capped that session also attended by our wives.  The morning’s business session highlights were remarks from our Supreme Representative, Jim Scroggin, followed by reports from our State Chaplain Fr. Erik Richtsteig, State Officers, District Master Frank Carmona, Insurance Agent Ken Huard, and State Chaplain Emeritus Fr James Blaine.  Next were nominations for 2019-2020 state officers and 137th Supreme Convention alternates, Resolutions were passed (which only required minor edits – way to go State Advocate Bill Kelly), and passing of the 2019-2020 Budget as proposed (ditto way to go State Treasurer Mac McManaman and State Secretary Nick Nielson).  After lunch, all topics were covered according to the agenda, including all eleven District Deputy reports.

Saturday evening, a wonderful Mass was celebrated by Fr. Erik at St. Mary of the Assumption and attended by a large host of convention attendees.  After returning back to the hotel, the Awards Banquet hosted 180 attendees.  The banquet started with the presentation of colors and an inspirational ceremony “Transition from Regalia to the new Fourth Degree Uniform” was presented by the Honor Guard.  Following dinner, this year’s awards were presented.  The following is a recap of the winners:

Sunday morning started with a Memorial Mass celebrated by Fr Patrick Carley in the Hotel.  The morning’s main event was the election of next year’s state officers.  Here are the results for the upcoming year (reelected for a second term):

Jerry Angus conducted the prize drawing for the MS Avon Basket.  A ladies name was drawn, and Jerry will contact her.  The remaining agenda items were covered, and the convention closed at 10:45 AM.

Many thanks to the Convention Committee and all those individuals who performed exceptionally to provide a most excellent convention for all the attendees.

The next major state event will be the Organization Meeting to be held Saturday, 29 June hosted by Fr Escalante Council 1136 in Orem.  Stand by as the details are ironed out.